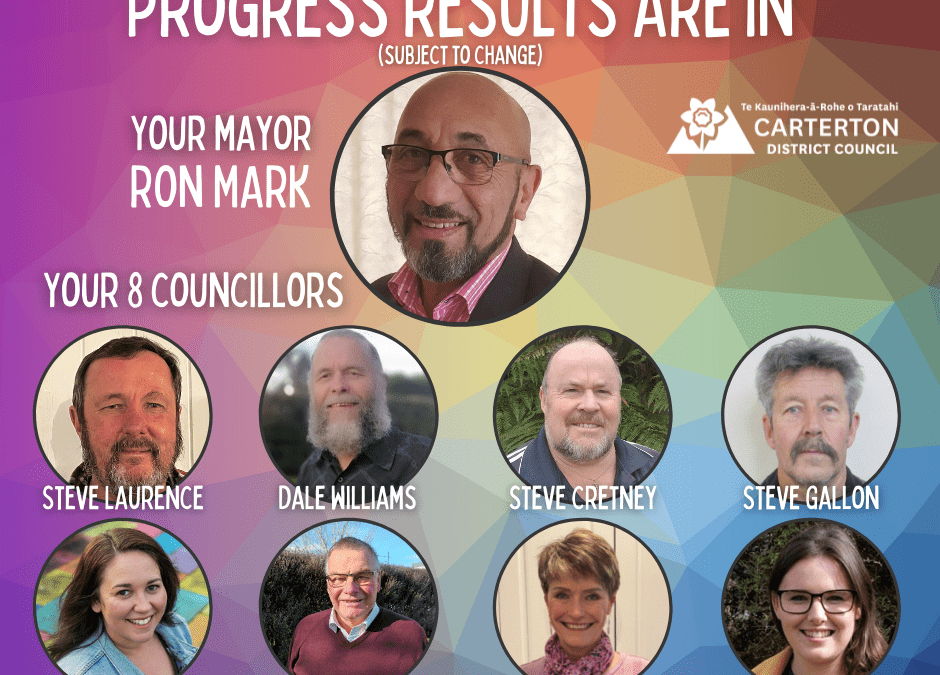 Voting for the Local Body elections closed at midday today, and the progress results are in, with Carterton District Council welcoming back Ron Mark to the helm.

Ron Mark is a Carterton resident and previously served as Carterton Mayor from 2010 – 2014, before becoming a New Zealand First Party MP and Minister of Defence until 2020. The progress results show Mr Mark received 2137 votes, and Greg Lang received 1714.

The final result declaration will be made on 13 October 2022 which will include final votes currently in transit and special votes.

Councillors (in order of votes received):

These results include all votes received by the electoral officer by midday Saturday 8 October (both via NZ Post box and the orange voting bins) and excludes special votes and those in transit on Saturday morning.

Elected members will be sworn in on Wednesday 26 October at the Inaugural Council Meeting.

Carterton’s voting returns saw 54.01% of eligible residents return votes, with an expectation of roughly 400 votes yet to be counted.

The total number of votes received by each candidate is available on the Council website at cdc.govt.nz/elections.