QV has released its 2020 rating valuations on behalf of the three Wairarapa Councils. 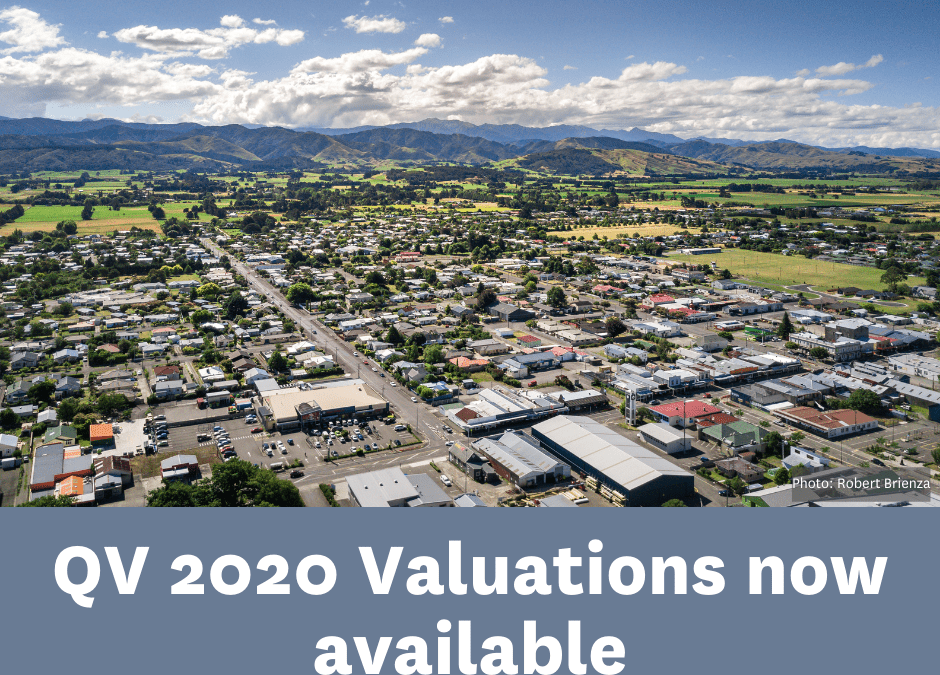 QV has released its 2020 rating valuations on behalf of the three Wairarapa Councils. To view them, click here.

What does this mean for you?

Property rating valuations are one factor used by councils to allocate rates across different types of rateable properties. These valuations will be used to determine the General Rates portion of your rates account, effective from 1 July 2021.

The changes to the valuations and apportioning across different properties does not increase the rates revenue the council receives.  We set the total amount of rates we collect on what we need to run the Council services and activities.

What happens if I don’t agree with my valuation?

New rating values will be posted to property owners after 10 February 2021. If owners do not agree with their rating valuation, they have a right to object through the objection process before 19 March 2021. 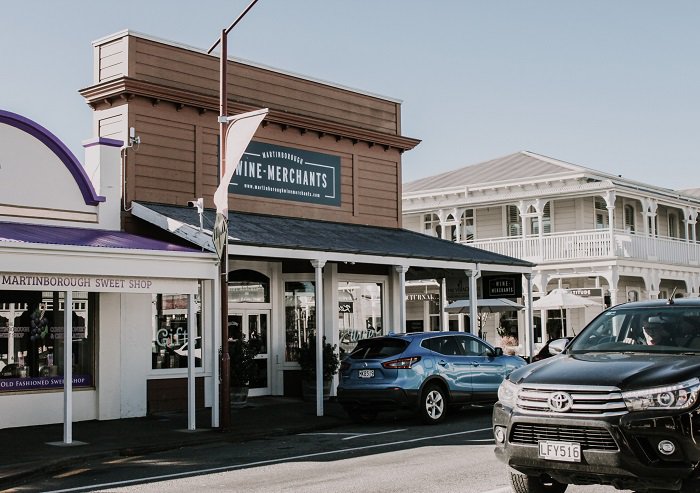 Wairarapa property owners will soon receive a 2020 Notice of Rating Valuation in the post with an updated rating value for their property.

The new rating valuations have been prepared for all Wairarapa properties on behalf of Masterton, Carterton and South Wairarapa District Councils by Quotable Value (QV).

Rating valuations are usually carried out on all New Zealand properties every three years to help local councils set rates for the following three-year period. They reflect the likely selling price of a property at the effective revaluation date, which was 1 September 2020, and do not include chattels.

The corresponding land values have increased 65.8% in both Masterton and Carterton, with an increase of 58.4% in South Wairarapa.

QV Area Manager Paul McCorry commented: “The residential market has been strong across the Wairarapa over the last three years – and the appeal of the region has only grown since the Covid-19 pandemic, with businesses adopting more flexible working practices and encouraging staff to work from home.”

He said the most affordable areas had seen the greatest increase. For instance, values in Featherston have increased by 51.9% to an average value of $482,498, with the corresponding land values up 69.2%.

“Another trend we have seen is a number of Wellington buyers looking over the hill both for more affordable property, but also in search of the semi-rural lifestyle,” Mr McCorry added.

“There is high demand throughout the region for development land and new homes in residential subdivisions are typically snapped up off-plan as soon as they come on line. Record low interest rates, low stock and a changing attitude to needing to be close to the office are all factors creating upward pressure on the local housing market.”

He said it was critical to remember that the new values are not a market valuation and only consider the market up to 1 September 2020. “The housing market has continued to be extremely buoyant in the Wairarapa since that date, with our research indicating values have increased up to 10% over the last three months. As such, the new values will not account for the huge uplift we saw towards the end of 2020 and into January 2021.” 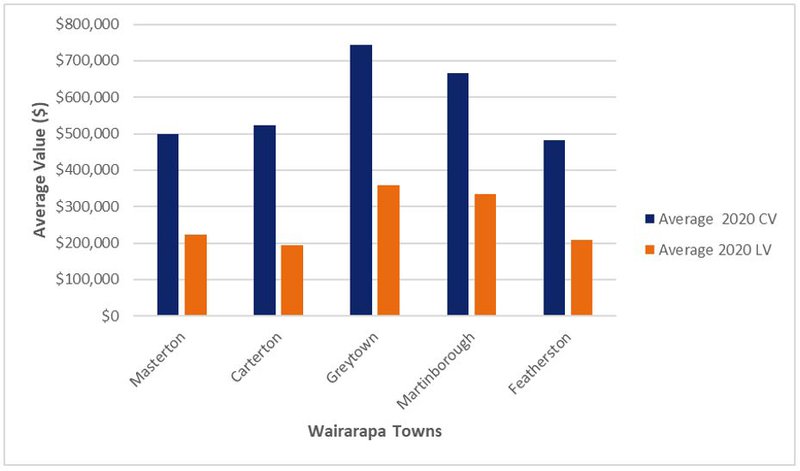 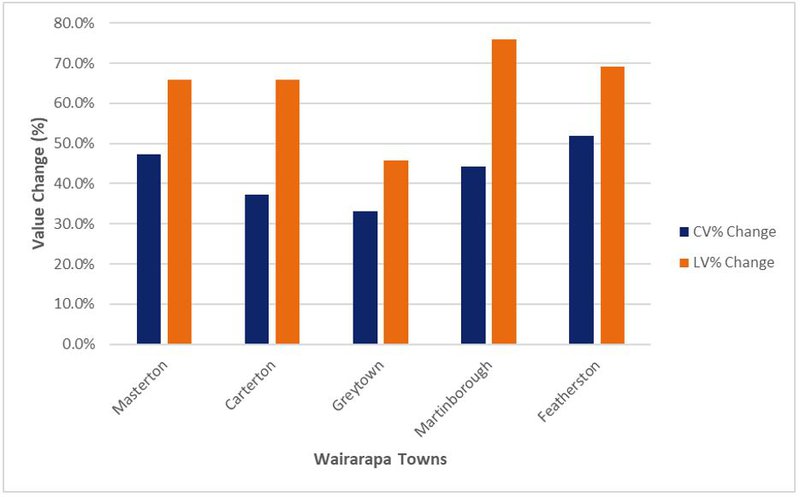 Meanwhile, commercial property values have increased by 25.1% in Masterton, 12.8% in Carterton and 32.7% in South Wairarapa. The industrial market also saw significant increases of between 30 and 40% in these districts.

“The industrial market nationally has been a really solid performer over the last three years and the results of the revaluation show this is no different in the Wairarapa,” said Mr McCorry. “The commercial market, on the other hand, faces some additional headwinds – particularly that of earthquake strengthening costs, and this has somewhat provided a handbrake to value increases, especially in Carterton.

Lifestyle values are slightly higher in South Wairarapa, with an average value of $1,012,284 and an average land value of $455,022. It has seen similar increases to its Wairarapa neighbours, up 38.1% and 54.5% respectively.

Rural capital values are up 10-15% in both South Wairarapa and Carterton, whereas Masterton has seen significantly more growth at 33.2%.

It is helpful to remember the effective rating revaluation date of 1 September 2020 has passed and any changes in the market since then will not be included in the new rating valuations.

This means in many cases a sale price achieved in the market today may be different to the new rating valuation set as at 1 September 2020 and that rating valuations are not designed to be used as market valuations for raising finance with banks or as insurance valuations.

New rating values will be posted to property owners after 10 February 2021. If owners do not agree with their rating valuation, they have a right to object through the objection process before 19 March 2021.