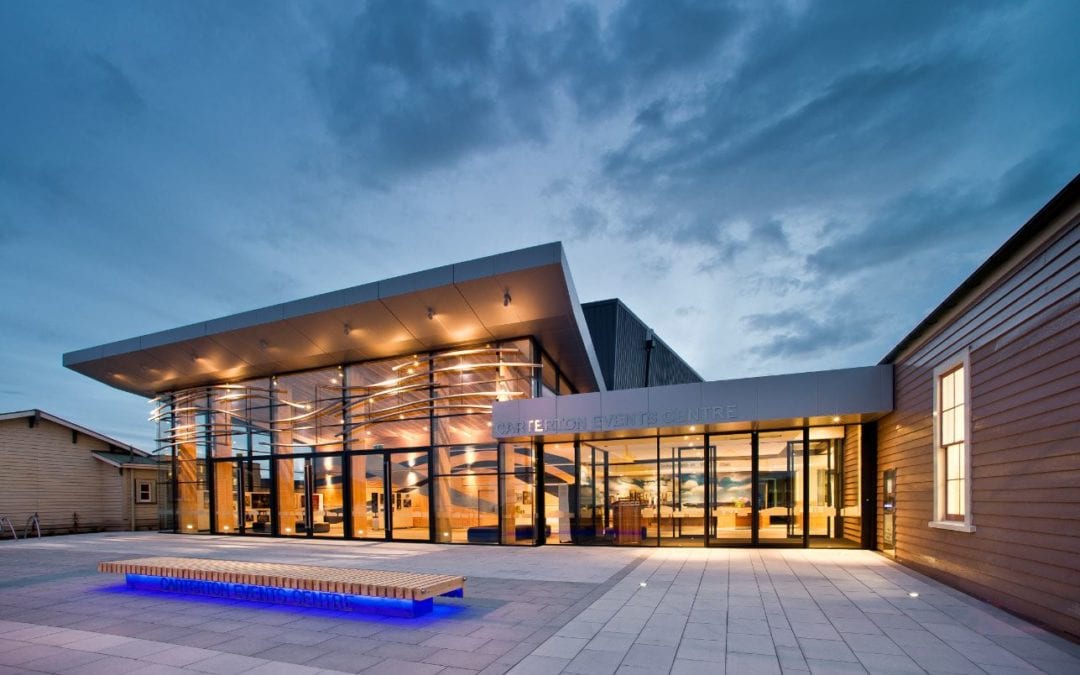 The Carterton Events Centre could further bolster its already well-known brand as Wairarapa’s premier events venue should a proposed name change get across the line at next week’s Ordinary Council meeting.

In a report to council included in the agenda, Carterton District Councillors are asked to agree to a proposal to change the venue’s name to Wairarapa Events Centre, Carterton to further enhance its marketing potential with nationwide visitors, conferences and big-name acts.

Community Services Manager Carrie Mckenzie said the Events Centre had established itself in the region as the venue of choice for events, meetings and conferences, and a name change would help to showcase that to visitors and acts from out of town.

“We’ve seen this through the hard work Destination Wairarapa has done in marketing our region to the rest of New Zealand. Our local economy thrives from domestic tourism spend. We have seen this even more post-Covid, with Destination Wairarapa being the only tourism organisation in New Zealand to show an increase in tourism spend in the 12 months ending July 2020, meaning the Wairarapa economy benefited from an extra $3.4m from visitor spend alone.”

The Events Centre staff have seen these effects first-hand, with most shows since July 2020 selling out, such as the Warratahs, Laura Collins and the Back Porch Band, Ben Hurley, Dave Dobbyn, Bubbles and Inspiration with Chelsea Winter and Steve Carlin sings Sinatra featuring the Rodger Fox Big Band. Despite this, Mckenzie said it was becoming increasingly difficult to market to some big-name acts who weren’t familiar with Carterton.

“As soon as we mention Wairarapa, it becomes much easier to sell but sometimes it can be hard to get to that stage with promoters of big-name acts. We would be able to bring Wairarapa some fantastic shows and acts they have been asking for by simply putting the word Wairarapa in our name,” Mckenzie said.

“It’s important our Carterton residents know that none of this will change how our Events Centre currently operates. We are still very much a community facility focused on providing for Carterton’s and Wairarapa’s community groups and this will remain high on our priorities.”

The report will go before a full council at the Ordinary Council Meeting at 1pm on Wednesday 28 October at the Hurunui-o-Rangi Marae. This meeting is open to the public to view and the agenda can be found here