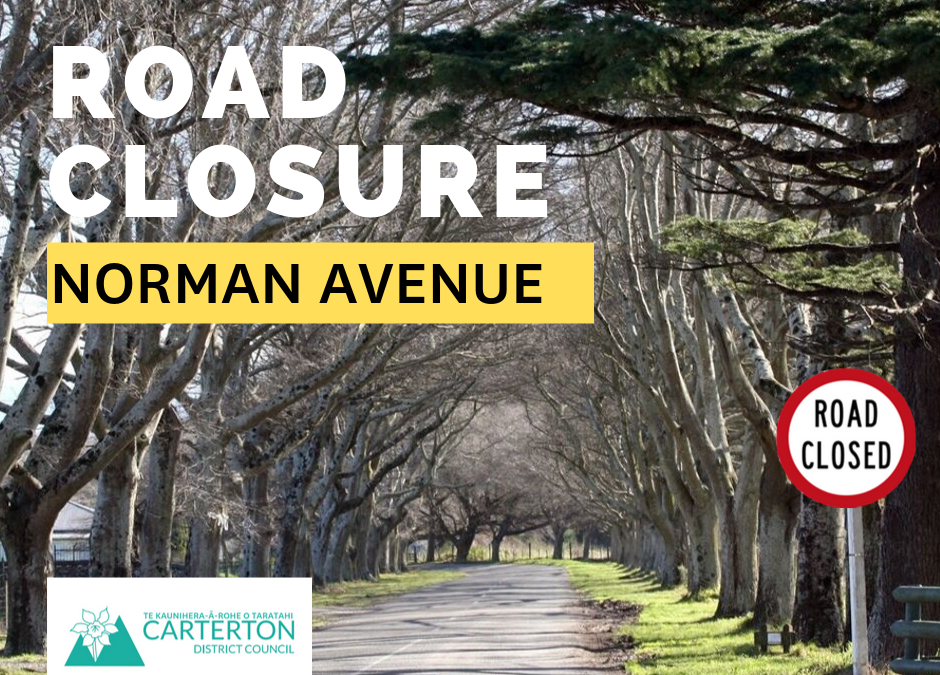 Carterton District Council is temporarily closing the intersection of Norman Avenue and State Highway 2 due to on-going safety concerns.

The temporary closure comes into effect on 7 October following a decision by councillors in September. The Carterton elected members have been concerned for some time about the safety of State Highway 2 between Carterton and Masterton.

“We took the decision to temporarily close the intersection as we believed urgent action was needed to avoid a major incident,” said Deputy Mayor Russell Keys.

In August 2018 Council approved a left in/left out option to be discussed with the New Zealand Transport Agency and implemented at the Norman Avenue – State Highway intersection. However, this proved not to be feasible as a short-term measure because physical barriers along the centre line of the State Highway would have been required. The Council has been working with the New Zealand Transport Agency as it investigates permanent safety improvement options along this stretch of highway. Because the timeline for the decision as to what safety improvements to make is uncertain the Council has opted for a temporary road closure as an interim measure.

The Council will continue to advocate to the Agency on behalf of all Masterton to Carterton road users to prioritise the safety work along this stretch of Highway.

The temporary closure of the Norman Avenue intersection will see a physical barrier placed across the eastern end of Norman Avenue to and from SH2 which allows for pedestrian/cycle traffic access but prevents motor vehicle access. This means that while vehicles will still be able to access Norman Avenue, they will no longer be able to enter or exit Norman Avenue directly from SH2 and will need to gain access via Waingawa Road. This barrier can be removed again once the Transport Agency’s review has been completed.