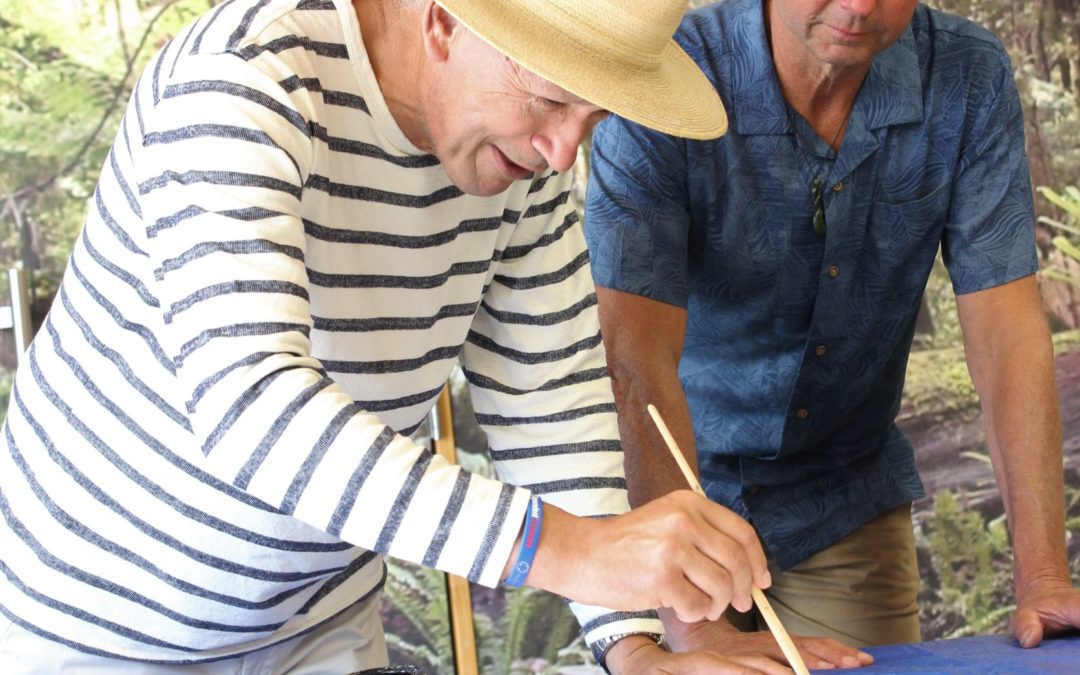 Carterton’s most famous rodent is heading to a new home but leaves a legacy for future artwork in the district.

Maus found fame during the spring of 2021 when he was a prominent feature on Carterton’s High St.

The drawing painting hung on the south face of the town’s refurbished clock tower from September to December.

Maus’ creator, Carterton painter, and graphic artist Martin Doyle was part of a group that hoisted the print on a wintry weekend night.

Martin signed the piece ahead of its collection and a journey to a new home north of the Waingawa.

The heavy-duty canvas was sold to an anonymous bidder from Masterton for $400.

The money will be split between Carterton Historical Society, and a fund to support other artwork in Carterton Town Centre.

Greg Lang, Mayor of Carterton, thanked Martin for his work.

Mayor Lang said the artwork was an important strand of the town’s revitalisation and long-term vision.

“The sale of Maus is a really good outcome and I would like to say a big thank you to everyone who participated in the auction,” said Mayor Lang.

“Carterton is known for its art and I’m working with local artists to get as much artwork in town as possible.

“We’re always thinking about who we are, where we’ve come from, and what we aspire to be, and art is a great way of expressing that.”

Mayor Lang is keen to see more artwork around town and encourages any artists or residents with creative ideas to get in contact with him by emailing mayor@cdc.govt.nz.

Look out for more art pieces springing up across Carterton in 2022 and beyond.

More of Martin’s artwork is available to view on his Facebook page.

Artist says farewell to his Maus