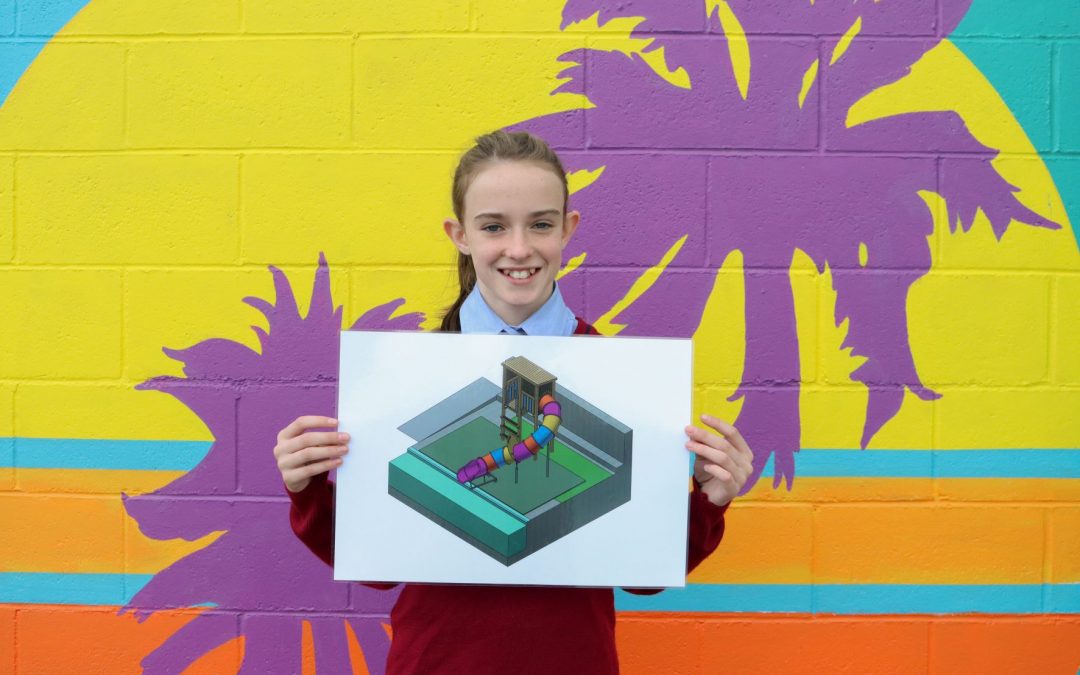 The colour scheme of the new pool slide has been chosen and the installation has begun, thanks to 11-year-old Molly O’Dwyer, with support from Carterton District Council and Ka Pai Carterton.

Carterton resident Molly O’Dwyer was just 10 years old when she made a submission to the Council’s 10-Year Plan, asking for funding to replace the slide at the town’s outdoor pools, as the current slide is no longer fit for purpose.

Council made allowance in its Ten-Year Plan budget for up to $10,000 towards the project and supported Molly with her community fundraising for the remaining amount. Molly reached her funding goal earlier this year thanks to funding from Trust House, Ka Pai Carterton committee, the Wairarapa business community and community fundraising.

Molly has worked with Council on the concept design to create a slide that would meet the needs of local kids which she identified through surveying her peers in 2021. The design has been finalised and a colour scheme chosen – multicolour, to match the new mural at the pools which was painted in May by Adrian Jackman, Rangatahi Tū Rangatira (R2R) and local school students.

The design also needed to fit the existing pool infrastructure and allow for continued accessibility for all to the outdoor pool facility. This means the new slide will not be in the same place as the current slide, but instead directly opposite, on the other side of the pool. The existing slide will be removed.

Community Development Manager Glenda Seville said she was excited to see the project reach such a pivotal stage in a short space of time.

“Molly has done a fantastic job to spearhead this project and bring the community on the journey with her,” Seville said.

“We’re really excited at the prospect of the community being able to enjoy the slide as early as this coming summer as we’re sure it will be an asset to Carterton for generations to come.”

Initial installation work has begun, with the slide expected to be fully installed and in use by the end of the year.