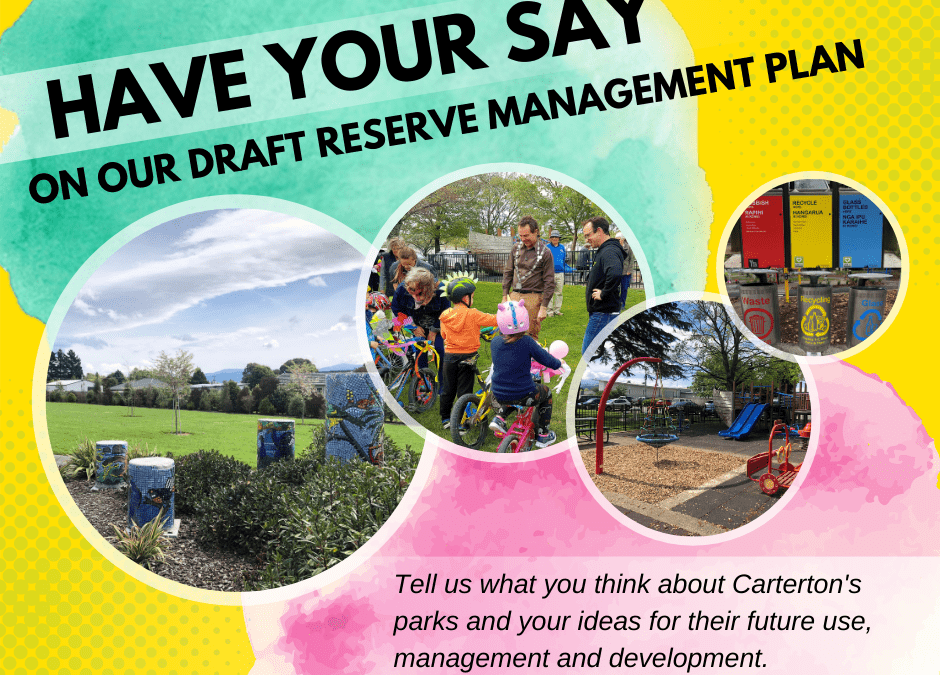 Tell us what you think about Carterton’s parks and your ideas for their future use, management and development.

In 2009 Carterton District Council prepared a general policy for all reserves and individual plans for existing reserves. It is now time to renew those. The council has now prepared a draft reserve management plan which will outline future use, management and development of all the reserves.

In 2017, you gave initial feedback on what you wanted in our open spaces. Based on this, we have already done the following:

The council manages over 50Ha of open space as reserves including land in the town centre, neighbourhood parks, sportsgrounds, reserves adjacent rivers and some coastal land. Additional to this is the 350Ha Kaipatangata water catchment area. Cemeteries, town baths and rural halls are also managed as part of the council’s reserves.

Hard copies can be picked up from the council office or Carterton Library on Holloway Street.

Suggestions should clearly include your name, address, telephone number and email address.  All suggestions received will be considered for inclusion. All submitters may speak to their submissions at a hearing later in the year. All submissions (minus contact details) will be made available to the public and the media. For our privacy policy, click here. (175KB)

You can have your say by:
• Accessing our online form here
• Emailing comms@cdc.govt.nz
• Writing to PO Box 9, Carterton 5743
• Delivering it to the Council Office or Library on Holloway Street.