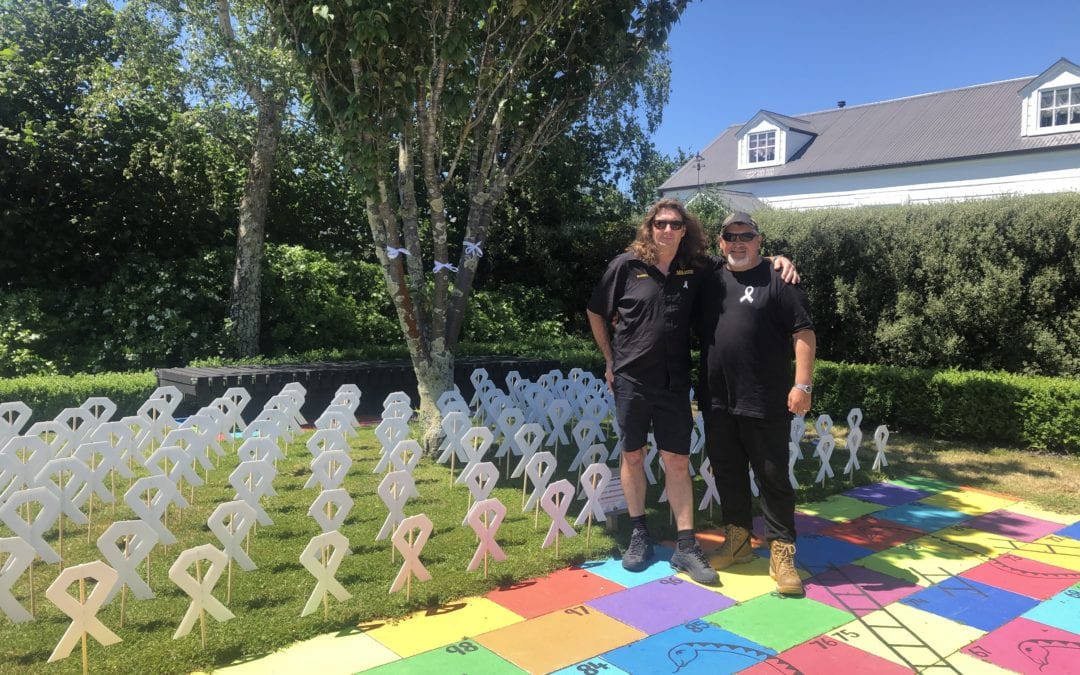 Carterton District Council has put out a powerful reminder that violent relationships will not be condoned in Carterton by placing 133 white ribbons in Library Square – one for every Carterton Family Harm incident investigated by police in the last year.

Carterton District Council have long been avid supporters of the White Ribbon Campaign (acknowledged each year on Wednesday 25 November) which aims to stop violence towards women and create respectful relationships between all whānau, friends, colleagues and teammates. Last year, Carterton District Council became the first district council in New Zealand to gain White Ribbon accreditation which solidified its commitment to support the pledge not to commit, condone or remain silent about violent relationships.

“Last year’s campaign was challenging the unspoken rules, which focussed on the cliches about masculinity that men and boys inherit from society,” Councillor Keys said.

“This year’s message carries on from that by the focusing on the outdated advice men have been given when growing up that we can now see is unhealthy. This is something I can really relate to, as I have seen the difference between what my generation was told growing up, and the positive shift to what the current generation is being taught about healthy relationships and outdated stereotypes. The White Ribbon kaupapa has played a massive part in this shift.”

Staff ambassador and Parks and Reserves Manager Clinton Thompson had previously been involved in White Ribbon rides to help inspire others to take a stand against violence and helped make the 133 white ribbons in Library Square.

“It’s quite powerful to look at all those ribbons and think that’s how many Family Harm incidents that have been investigated in Carterton in one year alone,” Thompson said.

“That doesn’t include the rest of Wairarapa, or all the incidents which weren’t even reported.

“We want people to look at these ribbons and know it is still happening in our community, and we need to address it. The White Ribbon kaupapa teaches us how we can have respectful relationships and set the example, not only for our peers, but for our community,” Thompson said.

Community members wanting to learn more about the White Ribbon campaign and where to go to for help can visit https://whiteribbon.org.nz/