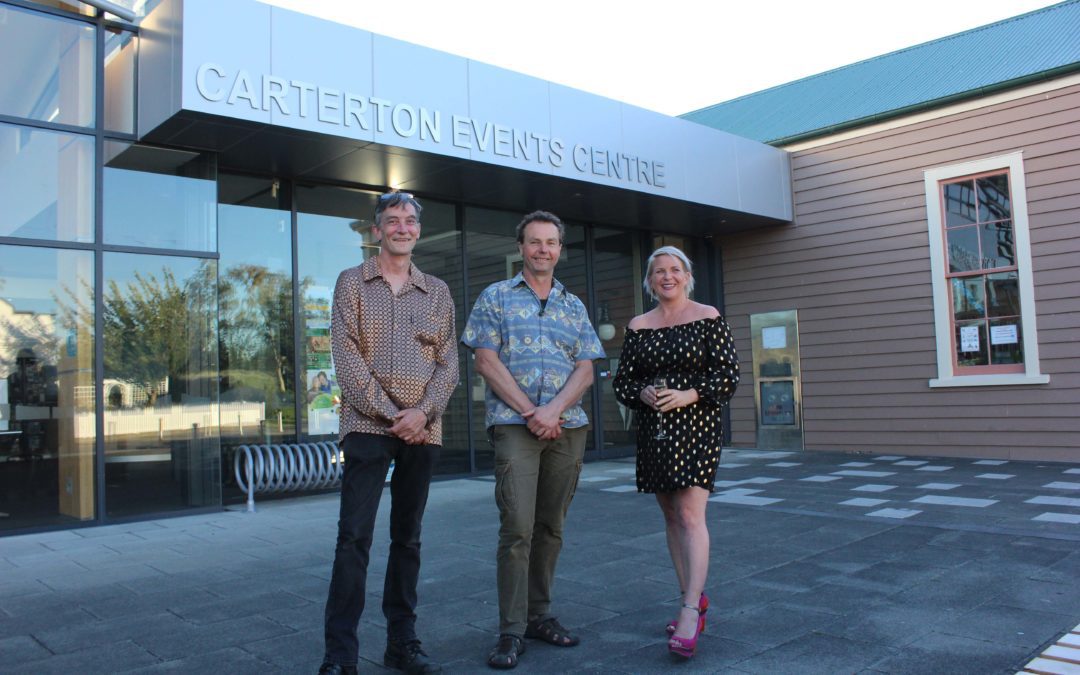 The Entertainment Venues Association of New Zealand [EVANZ] is an industry association with more than 130 members, representing the entertainment venue industry in New Zealand. Its annual awards recognise the efforts that individuals, venues and associated businesses have made over the past 12 months. This year’s awards were a little different, being held online across the country.

The Carterton Events Centre and staff were nominated for three awards – Small venue of the year, team member of the year and rising star of the year. Both Sales and Marketing Coordinator Jenni Hall and Senior Technician Simon Rayner were named as finalists in their respective categories.

Carterton Mayor Greg Lang said Jenni brings a dynamism and enthusiasm to her role which is inspirational.

“Jenni doesn’t let the fact that we have a smaller sized venue in a small rural district dampen her aspirations,” Lang said.

“She has successfully attracted big acts and events against the odds, such as Sir Dave Dobbyn, which is no mean feat for a venue of under 400.

“She also recognises the needs of the community and how to coordinate exciting and successful, yet affordable, family-oriented festivals such as the Heart of Winter Festival and the Charles Rooking Carter Awards amidst the challenges of a pandemic.

“For her to win against peers from some of the country’s bigger venues shows we are lucky to have her on the team. The judges acknowledged her contribution to the Events Centre’s international reputation as a top class venue.”

Mayor Lang said to have a winner and a finalist in the EVANZ awards shows that the Carterton Events Centre and its team should be the pride of Wairarapa.

Although Simon missed out on the win in his category, his commitment, work ethic and diligence made him a deserving finalist. His years of experience, and specialist knowledge and skillset mean shows such as the hugely successful Mrs Krishnan’s Party can take place at smaller venues such as the Events Centre.

“The calibre of finalists was exceptionally high, with the winner of the Team Member of the Year award contributing towards a successful Eden Park bid for the 2023 Women’s FIFA world cup. I’m extremely proud that we have staff here in Carterton who are in this same calibre,” Mayor Lang said.

The full list of awards, finalists and winners can be found online at www.evanz.co.nz/Finalists-2021