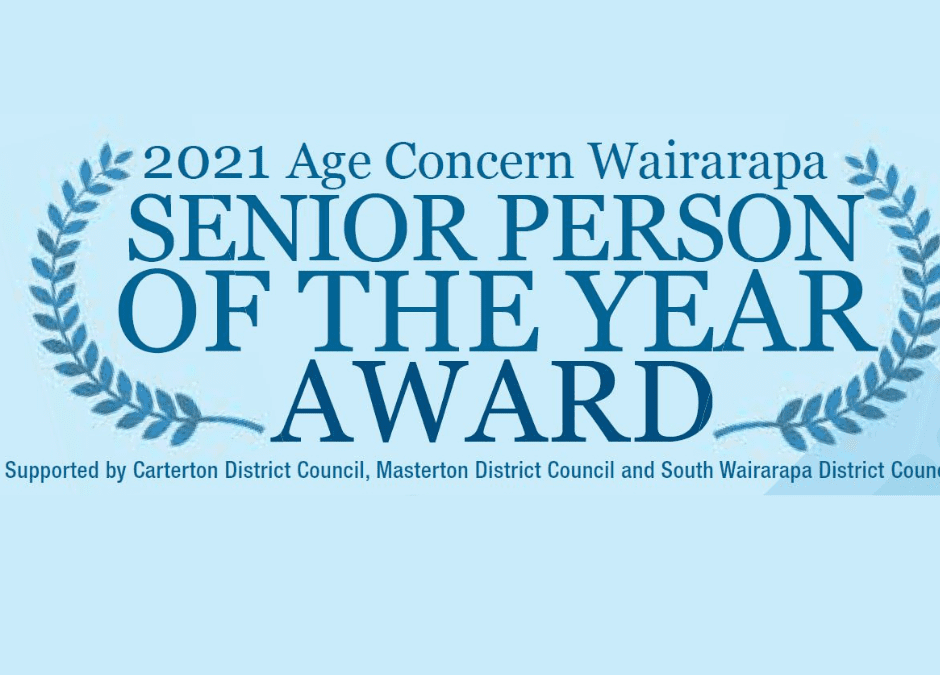 Carterton District Council is proud to support the Age Concern Senior of the Year Award and celebrate the amazing work of our older people in the Wairarapa, whether it be their volunteering, their teaching and their coaching. They contribute so much to our region!

Age Concern Wairarapa needs our community’s help to identify the Senior Person of the Year, 2021.

The award celebrates those who make an impact on other people’s lives, who give their time and service, and contribute to Wairarapa community life.

Winners will be announced in the Mid-Week and the Times Age, and there will be an award ceremony at the Carterton Events Centre (providing Wairarapa is on Level One on October 1st).

Age Concern is calling for nominations from the public.

To be eligible your nominated senior person must:

The deadline for nominations has been extended to Friday September 24th.

Send Age Concern an email, or use the nomination form, found here, in the MidWeek or the Wairarapa Times Age.