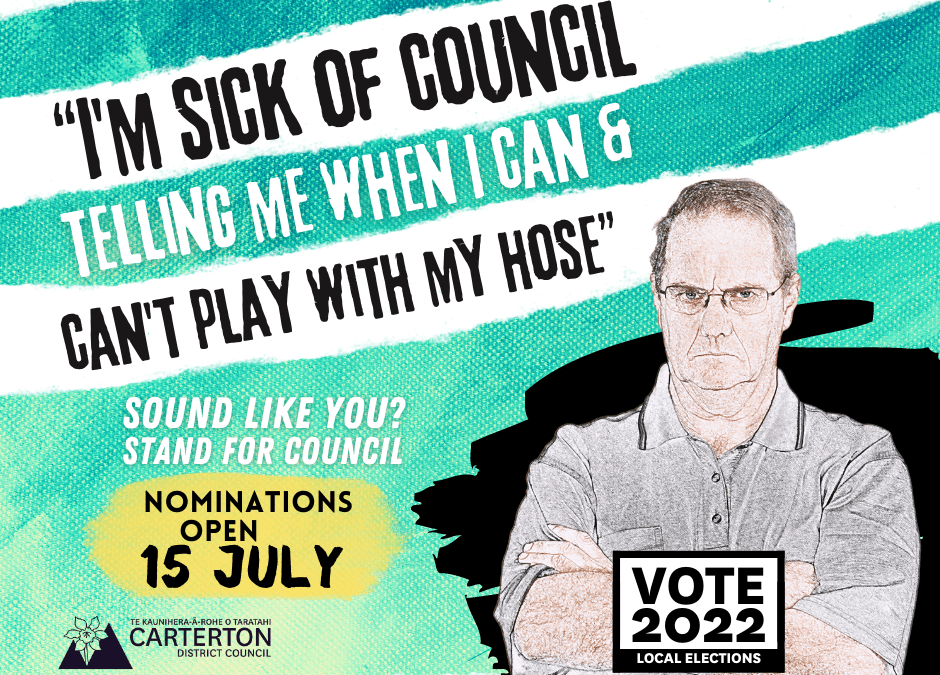 Carterton District Council has started its Vote 2022 campaign with a bang with the release of its ‘Sound like you? Stand for Council’ campaign. 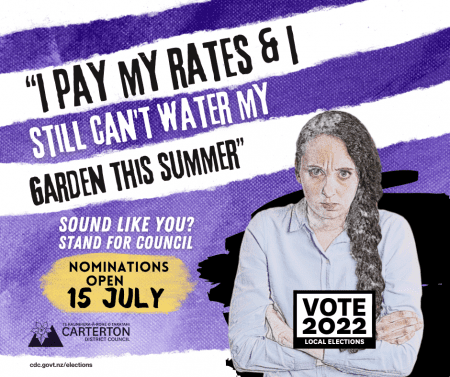 The Council’s Vote 2019 campaign was very successful, with 21 nominated candidates, four Mayoral candidates, and the seventh highest voter turnout in New Zealand with 57.48%. The Council is aiming to achieve a similar outcome with its unique Vote 2022 campaign.

The campaign was inspired by residents’ comments on Council business in recent years. The campaign also features some of the positive feedback often relayed to Council, such as the high calibre of the Carterton Events Centre, acknowledgement of the Council’s Climate Change actions, and the progress being made to increase walking and cycling trails.

Communications lead Elisa Brown said the aim behind the campaign was to resonate with Carterton residents and to motivate people to represent their community in an official capacity. 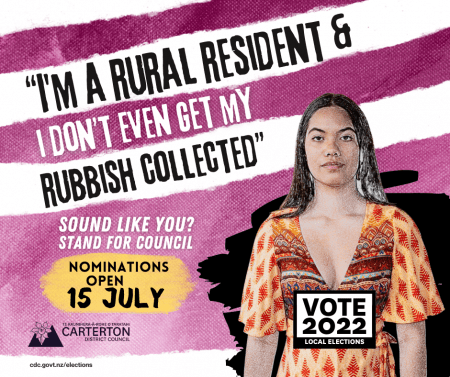 “Carterton has a really diverse and passionate community. If there’s one thing Carterton residents all have in common, it’s the fact they all want what’s best for the District.

“We see a lot of residents who want Council to take action on issues important to them, but don’t feel like their views are represented
around the table. The election is their opportunity to make those things happen. 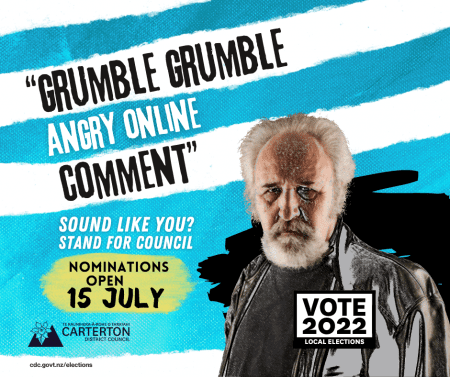 “The advertising campaign doesn’t pull any punches and I have no doubt it will stand out and get people’s attention.”

“We can’t have an election or an effective Council without a selection of quality candidates who are a true representation of our community,” Ms Brown said.

“It doesn’t matter if you’re retired, a young stay-at-home mum, a full-time farmer, a professional who commutes to Wellington or straight out of high school and just turned 18. If you want to see Carterton thrive, then you are the ideal candidate to stand for Council.”

Carterton District Council is made up of 8 councillors and a Mayor who are elected at large (no wards). Nominations open on 15 July and close at 12 noon on 12 August 2022.