Memorial Square in central Carterton is recognised as an integral part of the town,being home to the War Memorial Cenotaph. 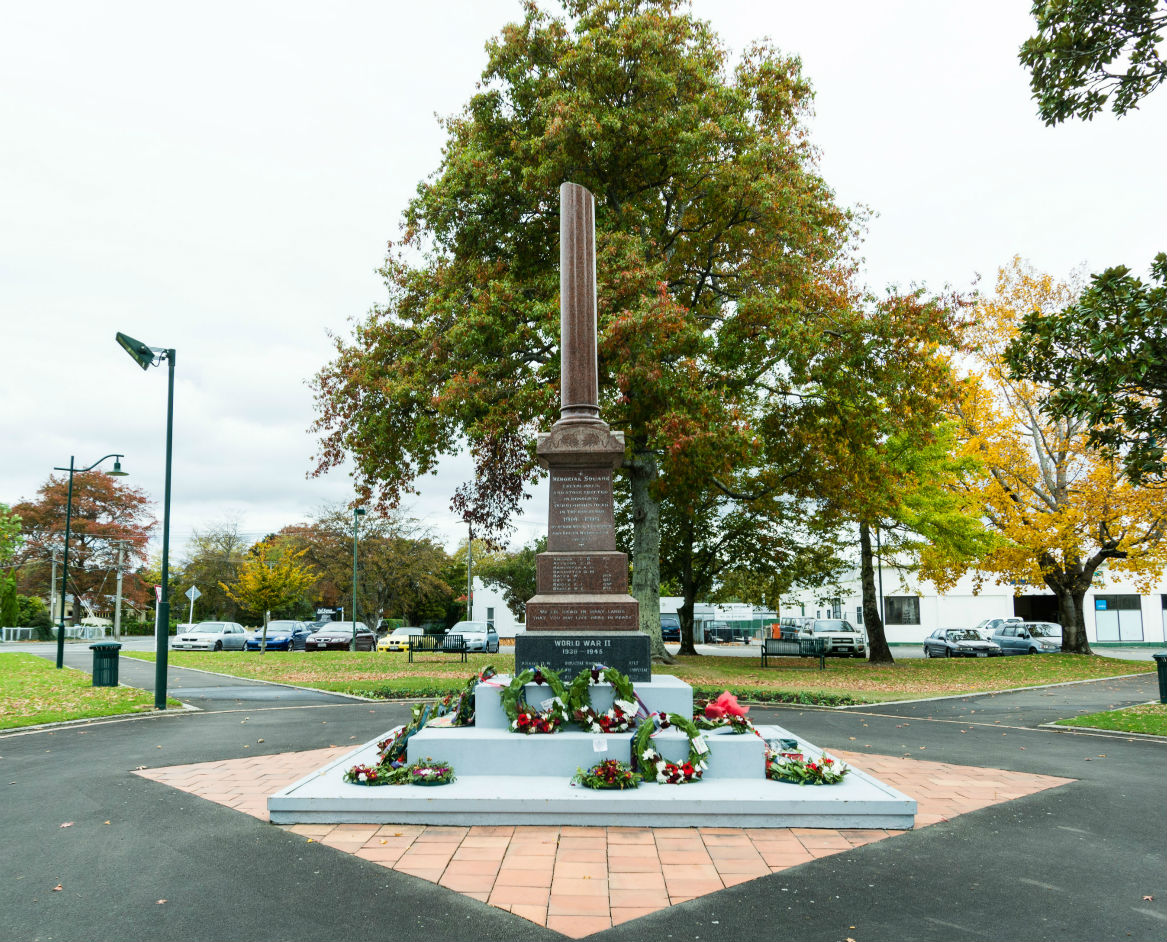 Often a place for the community to congregate for ceremonies, events, and local markets.

Memorial Square was the first stage of the Carterton CBD redevelopment.

It is a Historic Memorial from 1921, added on in 1949. It marks a place of rememberance for the local victims of the two great wars.

Constructed in 1920, Memorial Square is on the main street of Carterton and its War Memorial is placed prominently within the park.   Carterton’s memorial space and monument are historically significant as a physical reminder of New Zealand’s war effort.

In 1919 it was decided to create a Memorial Square on the corner of High Street and Park Road. It was designed by Alfred William Buxton a landscape architect to reflect the importance of men from the town and district who did not come back from the war. By the end of 1920 Memorial Square and the War Memorial were complete.

Buxton’s design has been gradually changed over time, including the creation of a central path from High Street North in 2006 but the idea of a formally designed space which focuses on the War Memorial has remained.

The War Memorial was unveiled on 13 February 1921 and takes the form of a broken obelisk set on a plinth, built of red granite. The broken column of the monument representing lives cut off too soon. The War Memorial features the names and ranks of 114 local soldiers who lost their lives. After the Second World War, in 1949 a black granite base was inserted below the original red granite sections, carrying the names of the soldiers who lost their lives in the subsequent twentieth century war.

Today it is a peaceful place to sit and watch the world go by and in the weekends, on Sunday morning from 9am to 12.30pm, the Carterton Farmers’ Market is held selling local produce and products.

Other pages in
Parks & Facilities