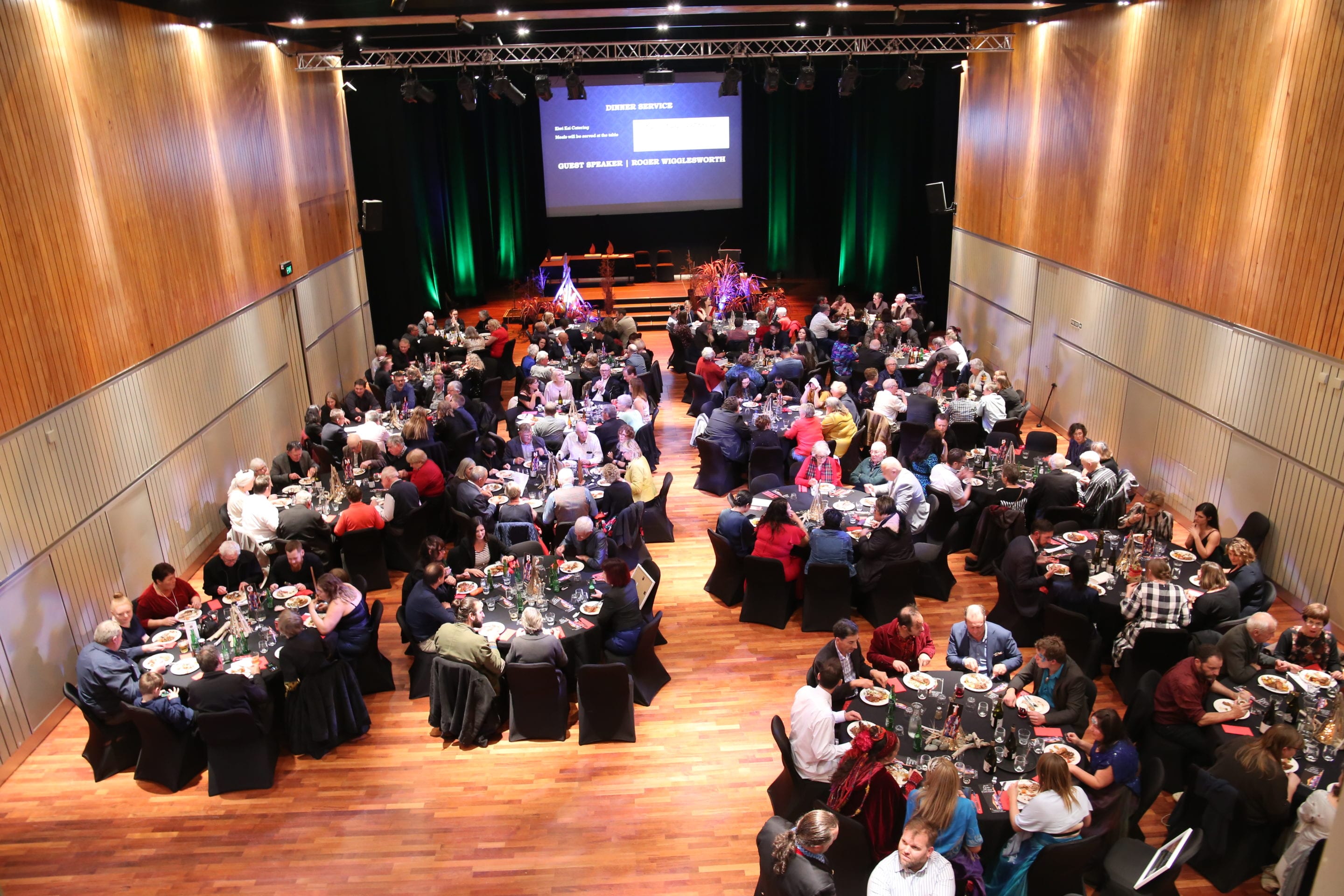 The Charles Rooking Carter Awards, were held at the Carterton Events Centre on Saturday 19 June, where the community came together to celebrate Carterton’s coolest people.

The Charles Rooking Carter Community Awards was created by the Carterton District Council in 1994 to publicly acknowledge and celebrate the outstanding volunteer work, business innovation and achievements of members in the community.  These awards were originally meant to happen during the 2020 Covid pandemic.  Moving the awards to 2021 gave the Carterton community more time to think about who had made a positive impact during that time, and recognise them with a nomination.

Once again the community was well represented with a total of 55 nominations whittled down to 15 finalists across five categories.

The evening was a Fire and Ice theme, with the Carterton Events Centre team pulling on all their collective skills to put on a night worthy of the community.  “We wanted this to be something special, something that our community would remember, as well as show what our centre is capable of providing.”  Said Glenda Seville – Community Services and Facilities Manager.

This year the programme was changed and the Charles Rooking Carter Supreme award winner was picked from the winners of the previous categories.  “When we gathered around the table it was obvious we had all taken our role in this very seriously – some of the nominations brought us to tears, sometimes laughter.  Congratulations to all nominees. It’s been a tough decision, but we believe the best have been decided,” a panel spokesperson said. 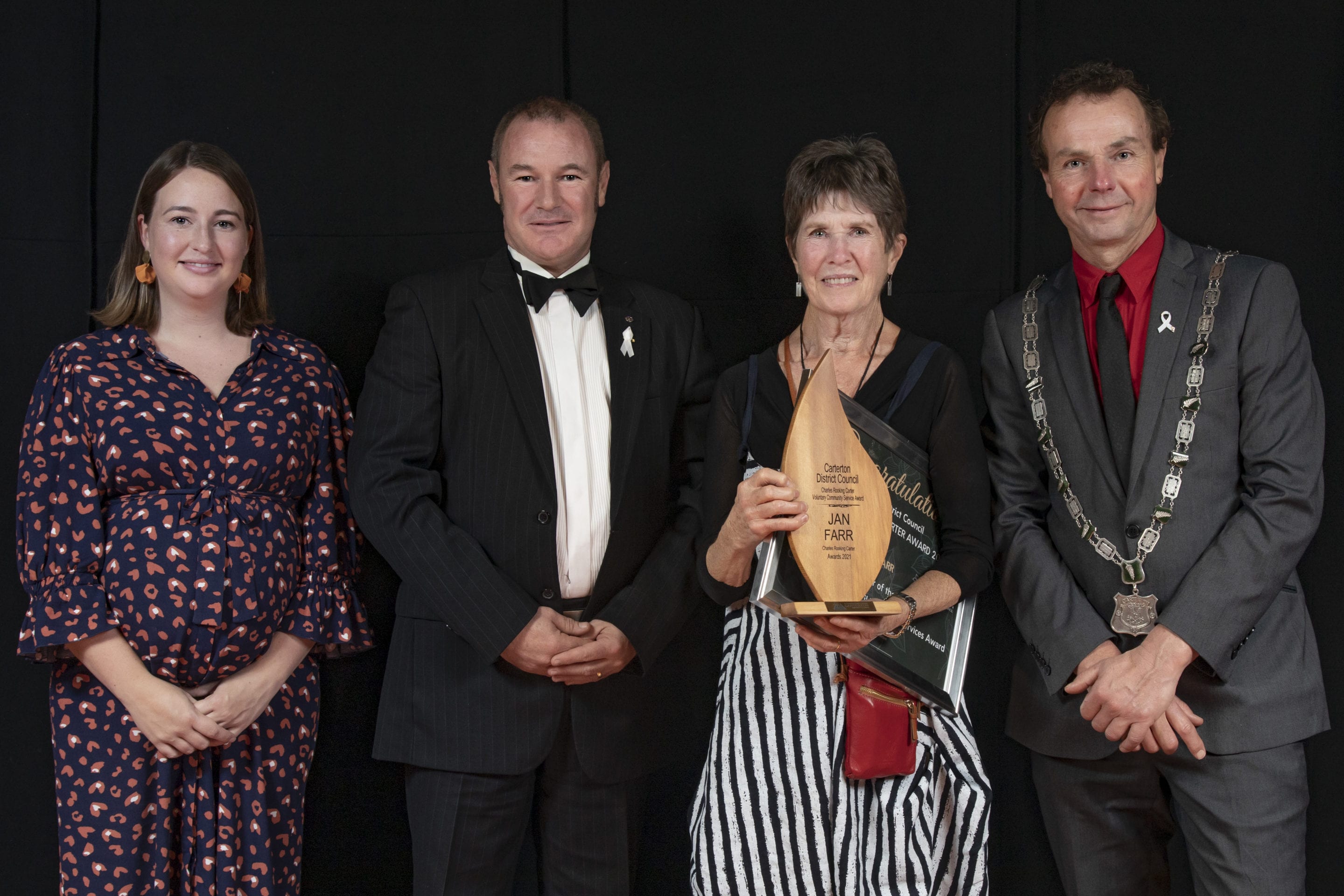 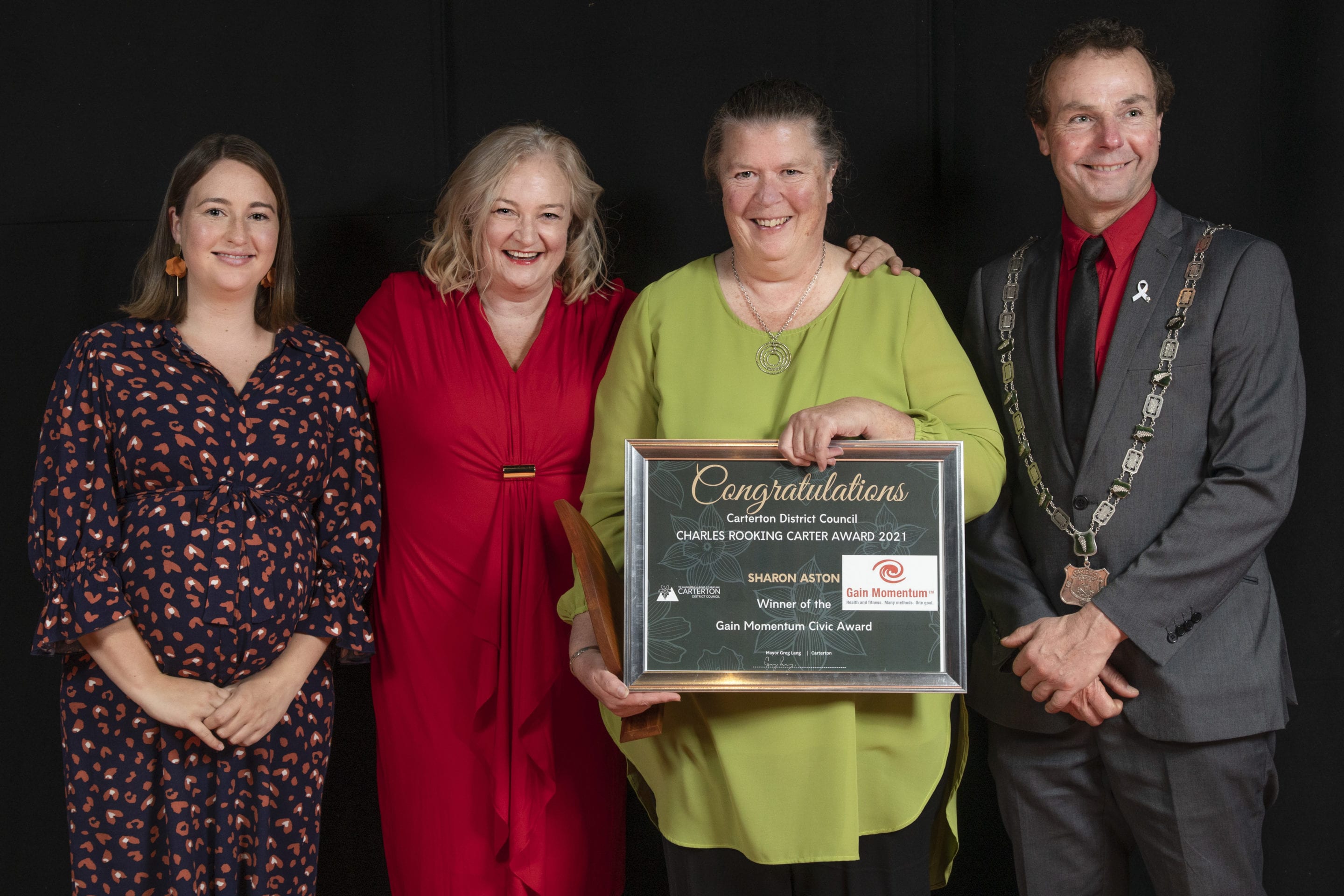 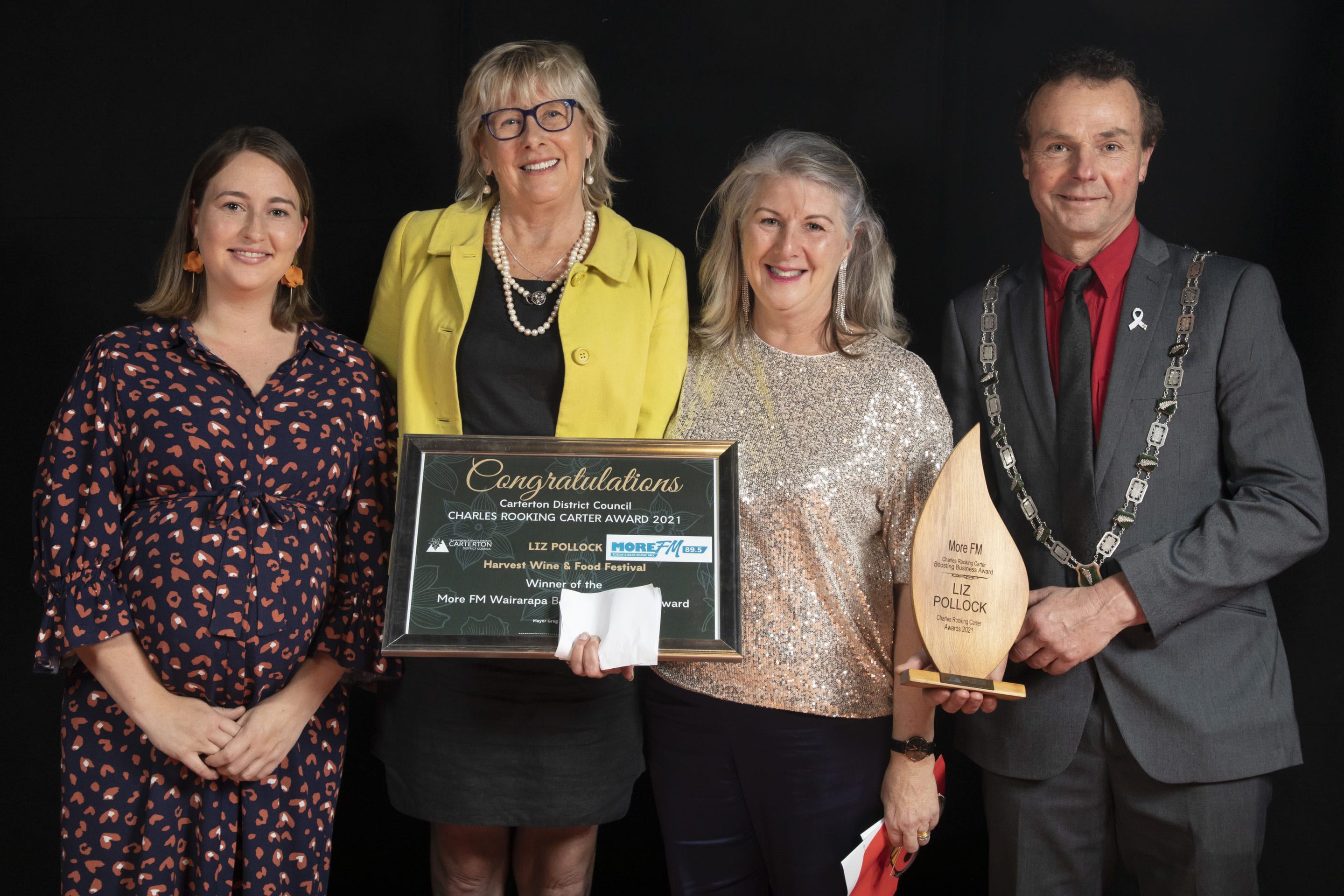 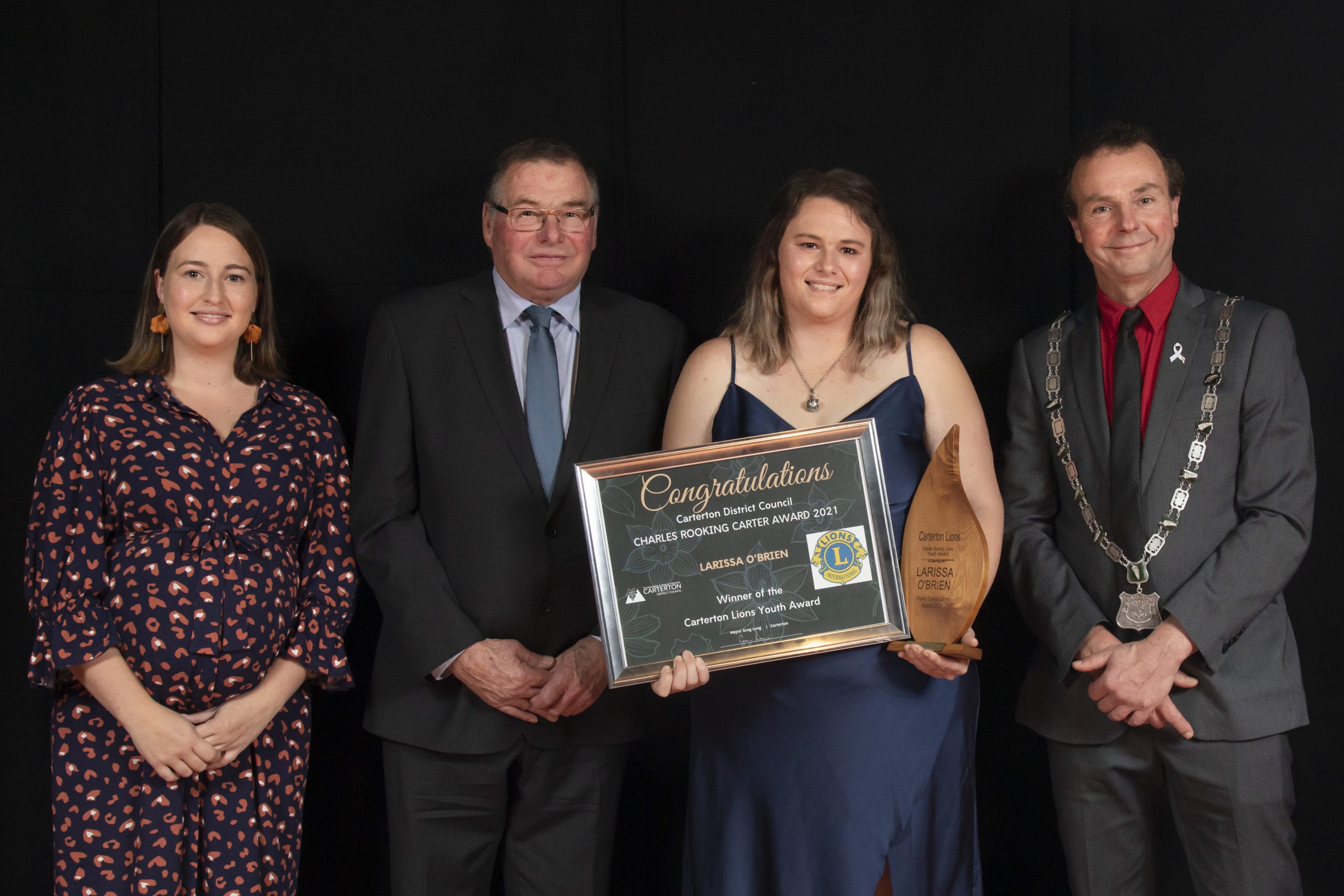 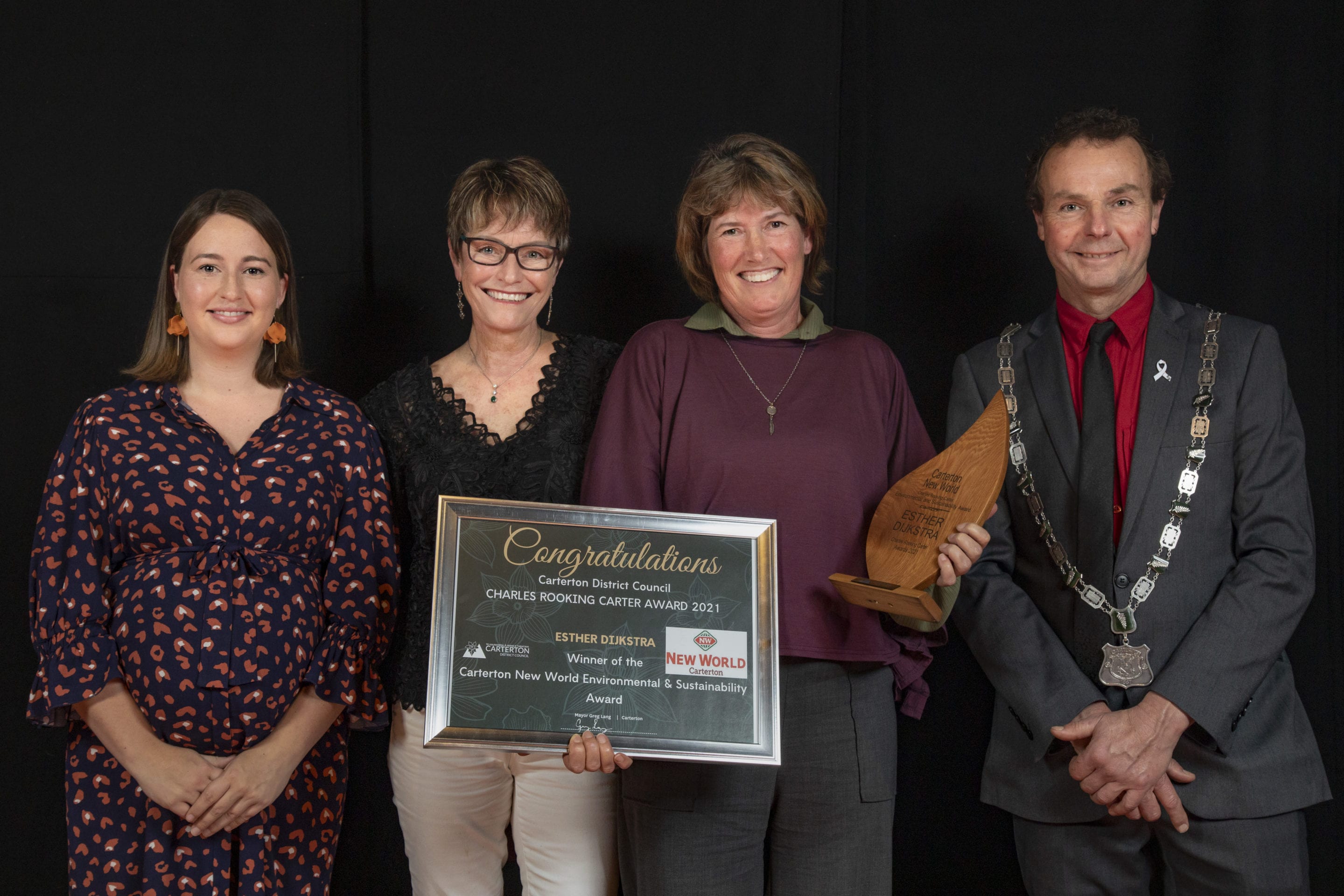 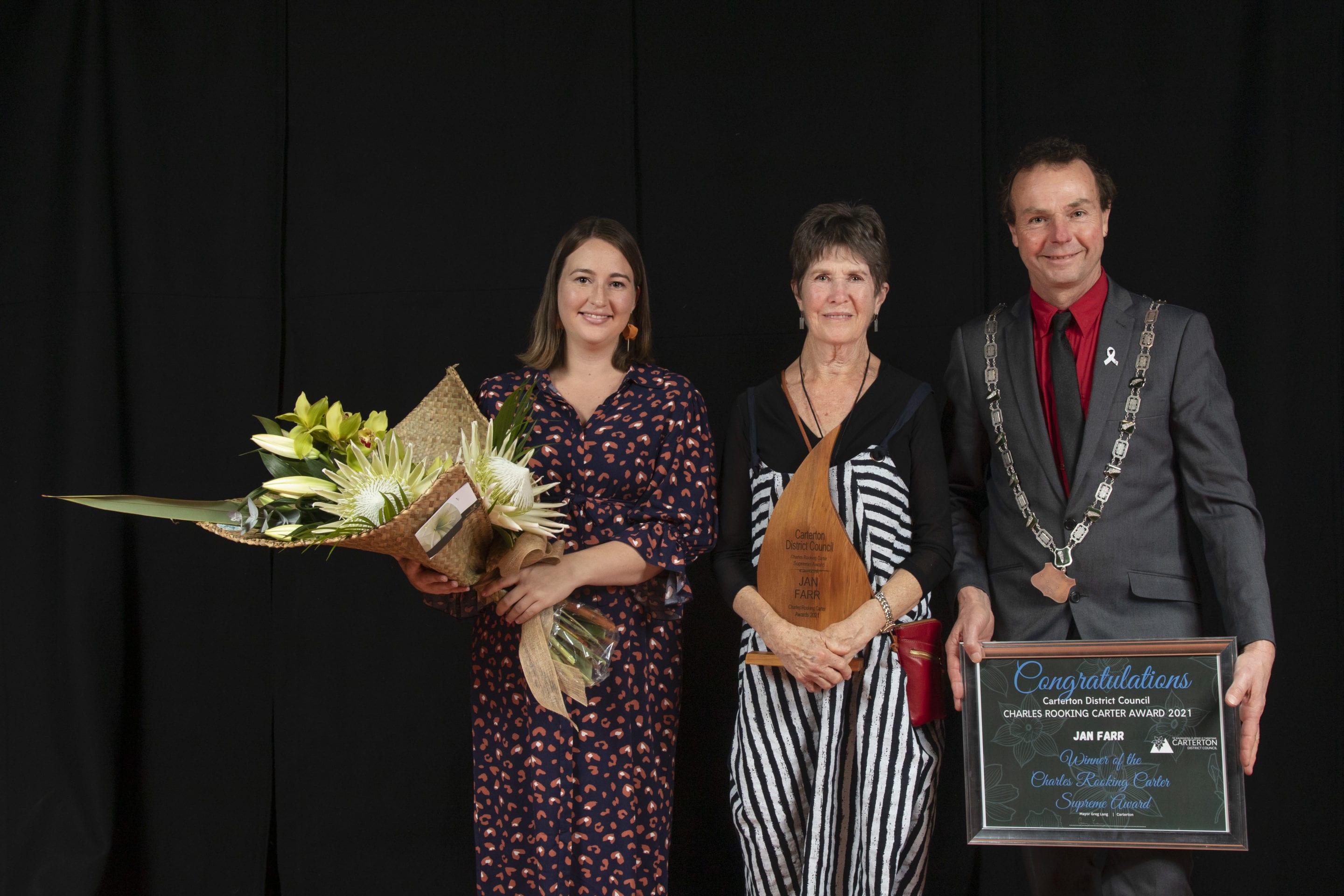 “Congratulations to all nominees, finalists and winners. The contribution these individuals, organisations and businesses make to Carterton is invaluable, and I’m proud our Council can put on a prestigious event that celebrate the work they do for the benefit of our community” said Mayor Greg Lang