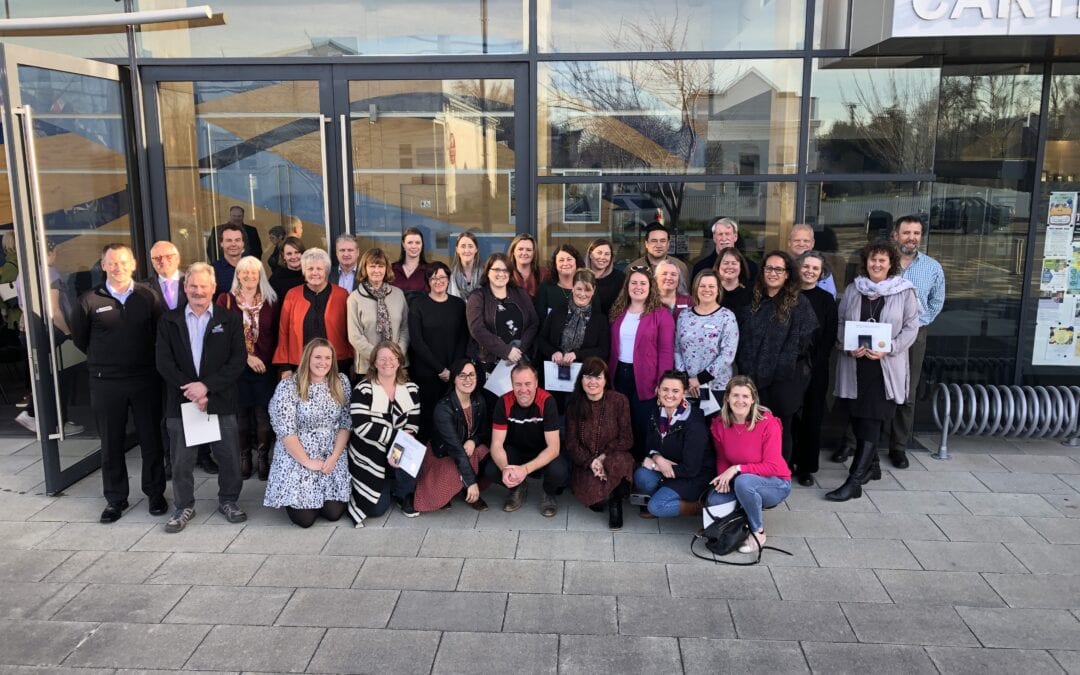 The efforts of more than 60 people who staffed Wairarapa’s Emergency Operations Centre (EOC) during the COVID-19 response was marked at a ceremony at the Carterton Events Centre today (Thursday, 30 July).

The EOC was the first to be activated in the Wellington region, and one of the first nationally, after a case of community transmission was confirmed in Carterton.

The EOC’s role was to support the Ministry of Health, as the lead agency, coordinating welfare services for people directly impacted, working with emergency services, and delivering public communication.

EOC Local Controller David Hopman said it was appropriate to recognise what was an extraordinary effort by staff involved.

“The EOC was activated for 69 days – far longer than it would normally be operating for a civil defence emergency caused by the likes of a weather event.

“In the early days of the Level 4 lockdown, in particular, this was a very intense environment. We were planning for widespread infections and-worst case scenarios, which was very stressful at times and meant some long days – it wasn’t easy.

“What we want to do is acknowledge the efforts of everybody involved in getting through to this stage.

“Obviously the response to COVID-19 is continuing at a national level, and we continue to monitor the situation locally, but it is a good time to look back on what was achieved.”

EOC staff were presented with a certificate and commemorative coin at today’s event.