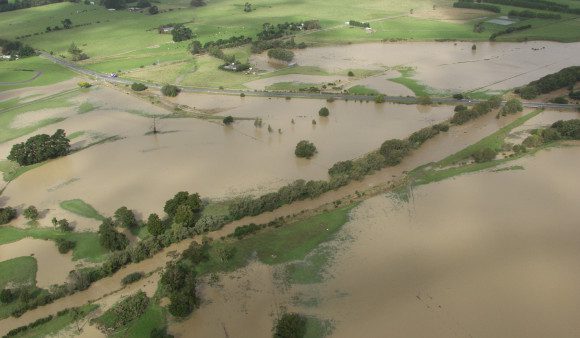 Rivers and streams are spectacular natural features of the Wairarapa. They connect the community to Te Taiao (nature) but with them comes the risk of flooding.

As climate change increases the scale and frequency of severe weather events, river flooding is likely to become even more common. To protect homes and livelihoods, understanding flood risk has become more important than ever.

A project team appointed by the community has been developing the flood hazard map for Carterton’s Mangatārere Stream for the past four years.

The draft version is now available.

Esther Dijkstra, is a community representative on the team, which also included Regional and District Council officials.

“The process of updating this map has been robust,” Ms Dijkstra said.

“It’s been great to see members of the community bringing local knowledge to feed into the development of this map.”

Alongside community insights, the project team used expert advice and the latest technology to develop the map.

“One role of district and regional councils is to work with communities to protect them from hazards, including flooding.

“To do this, we need to understand how river flooding could impact the community. This map highlights risk areas for Carterton and when approved, will help inform the Wairarapa Combined District Plan.”

“It’s been great to see the community working alongside councils to develop this flood hazard map. Getting this information into the Combined District Plan so that informed decisions can be made is a key step toward reducing the impact of future flooding.”

Public engagement on the maps opens on Monday 14 November, and ends on Tuesday 6 December.

Dates and times for drop in sessions in Carterton are: