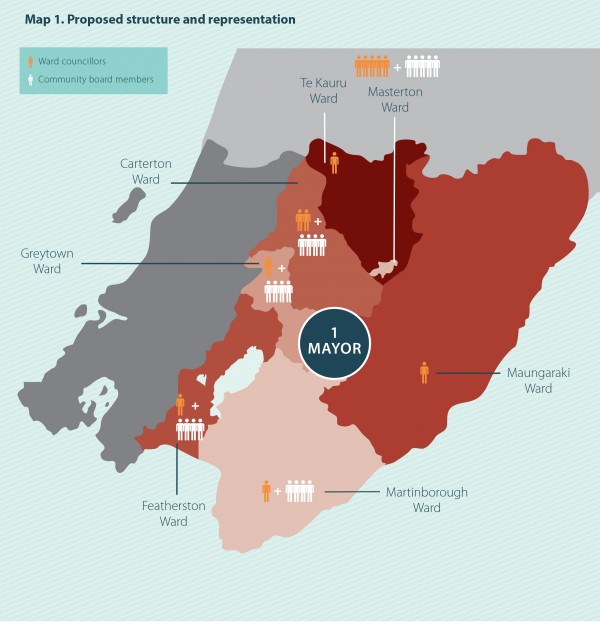 Carterton Mayor John Booth acknowledges there will be no change to Wairarapa’s local government arrangements after the people of the Wairarapa voted against amalgamating the three Wairarapa Councils.

The Wairarapa reorganisation poll has drawn to an end, pending final special votes being counted, with Electionz.com releasing the preliminary results today.

“The people have spoken, and the majority of our community are happy with the status quo, and do not want change,” says Mayor Booth

After a lengthy process of developing the Local Government Commission’s proposal for a combined Wairarapa District Council, Mayor Booth is pleased that a decision has been made and the focus can now be on the future.

“This has been a lengthy process, so now we need to look forward to the future and see how we can do better with our current council model.”

Mayor Booth believes that the three councils will now need to aim for a more collaborative approach.

“Our focus will be looking at our structures and how we can work better together with the other councils to improve efficiencies and have stronger, more robust leadership.”

For information on the “next steps” of the process, visit the Local Government Commissions website www.lgc.govt.nz.
Ends