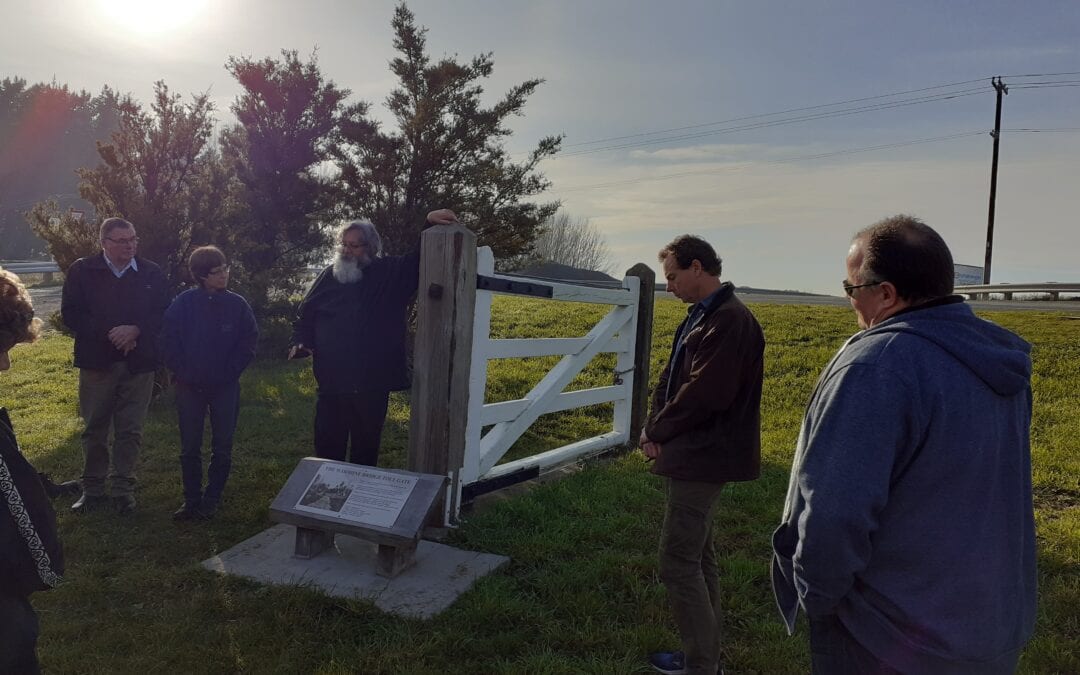 Mayor Greg Lang said many of these sites were already well-known to councillors and staff but hearing the rich Māori narratives behind these places gave them a much deeper meaning.

“There is so much history throughout our district and there are many important stories which need to be retold so they are never forgotten,” Mayor Lang said.

“Throughout the tour, we travelled on roads we knew, but acknowledged that there were other roads which were there long before that, such as the Ruamāhanga River. At the end of the tour, I felt like we were leaving on a road together and it was another step towards making our relationship even closer.

“It was a great experience and will help us keep our shared history at the top of our minds as we work with Hurunui-o-Rangi Marae towards a shared future.”

The tour of wāhi tapu follows on from a Tangata Tiriti (Treaty people) workshop with Dr. Ingrid Huygens, who has been a Treaty of Waitangi educator since 1989. The full-day workshop provided the council with an accurate reflection of Treaty promises and principles and provided a new understanding of the Māori-Pākehā relationship, focusing on the local impact.

“The Tangata Tiriti workshop was an eye-opening experience and showed us that Te Tiriti o Waitangi was a symbol of peace and generosity from Māori to settlers,” said Mayor Lang.

“It’s vital as we head towards the future alongside tangata whenua that we don’t forget the past but find a way to move forward together.”

Ra Smith said he was very grateful the council had undertaken the Tāngata Tiriti workshop.

“The work we have been doing together with the council is really important to our marae,” Smith said.

He also acknowledged the importance of the renaming of Wairakau Road, and the recent planting along Wairakau Road which Council carried out at the request of Hurunui-o-Rangi kuia Mihi Namana.

“It’s something we can take to our whānau and say ‘here are some things we’ve done through working with CDC at our place’,” said Smith.