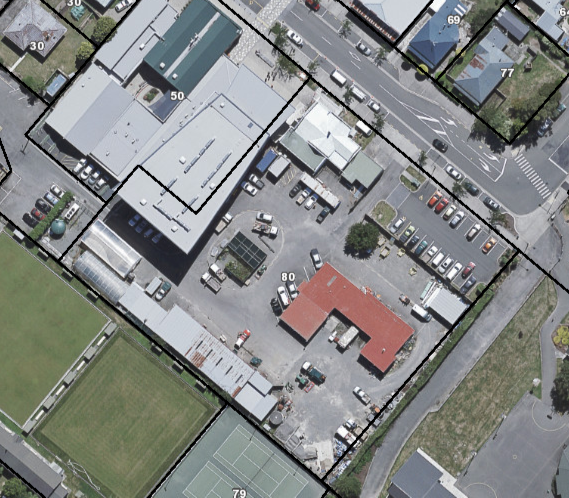 Carterton District councillors voted yesterday to support a report tabled at an extraordinary Council meeting to make council land available for an 80 plus bed hotel development. The 5500m2 council owned land currently operates as the operations depot and is adjacent to the Carterton Events Centre on Holloway Street.

The vision to bring an 80 plus bed hotel to Carterton came following a meeting of Council’s Economic Development Advisory Group (EDAG), on the 28th November, where group members, including Destination Wairarapa, felt that making a case and actively trying to attract a hotel to Carterton aligned well with the recently launched Wairarapa Economic Development Strategy and Action Plan (WEDSAP).

The report to council outlined how the concept aligned with the strategy and the benefits for the Wairarapa region if a hotel development in Carterton went ahead.

“The strategy’s goals to boost visitor and tourism activities as well as job creation would be a big factor if the hotel went ahead,” explains Carterton District Council’s Chief Executive Jane Davis.

“Being centrally located in the Wairarapa, and close to public transport, a hotel in Carterton servicing the whole Wairarapa makes sense.”

Destination Wairarapa General Manager David Hancock who presented at the meeting says he has never been more excited about a concept and applauds Council’s vision and courage in considering making the land available.

“This is a wow moment, a real opportunity, not just for Carterton but for the whole region.”

Another significant benefit would be to the Carterton Events Centre where attracting medium sized conferences has been a challenge due to the lack of accommodation.

Councillor Greg Lang, Chairman of Carterton’s Economic Development and Advisory Group said that the location is ideal for that reason.

“Not only will the hotel help solve a region wide accommodation shortage, it will help boost one of Carterton’s biggest assets. The Carterton Events Centre is coming on in leaps and bounds, but supporting it with a decent sized hotel markets it as a whole package.”

During the meeting Councillors debated the pros and cons of making the land available, with the benefits to support the concept out weighing the negatives.

The biggest talking point was whether to sell the land or look at a joint venture opportunity such as leasing the land to a developer.

CE Jane Davis helped steer the councillors through this discussion.

“Ideally we would like to sell the land for market value, however, if the cost of the land becomes a deal breaker for a developer, then Council should in good faith consider making the land available for a minimal charge.”

The Council formally agreed to investigate an 80-plus bed hotel being established in Carterton, including the possibility of a joint venture, and authorised the Chief Executive to seek funding from the Provincial Growth Fund to prepare a case for a hotel investment in Carterton, on the current Depot land adjoining the Carterton Events Centre.

After some debate they also agreed the investigation include the possibility of making the land available for as low as $1 should this be necessary to attract an 80 plus bed hotel investor.  The investigation, which will be supported by Destination Wairarapa, will now be reported to the WEDSAP Governance Group. That group includes the Wairarapa’s three Mayors and the Chair of the Greater Wellington Regional Council.  It is chaired by Dame Margaret Bazley.

With the concept now backed by councillors, work on a hotel feasibility study is expected to start in the New Year.