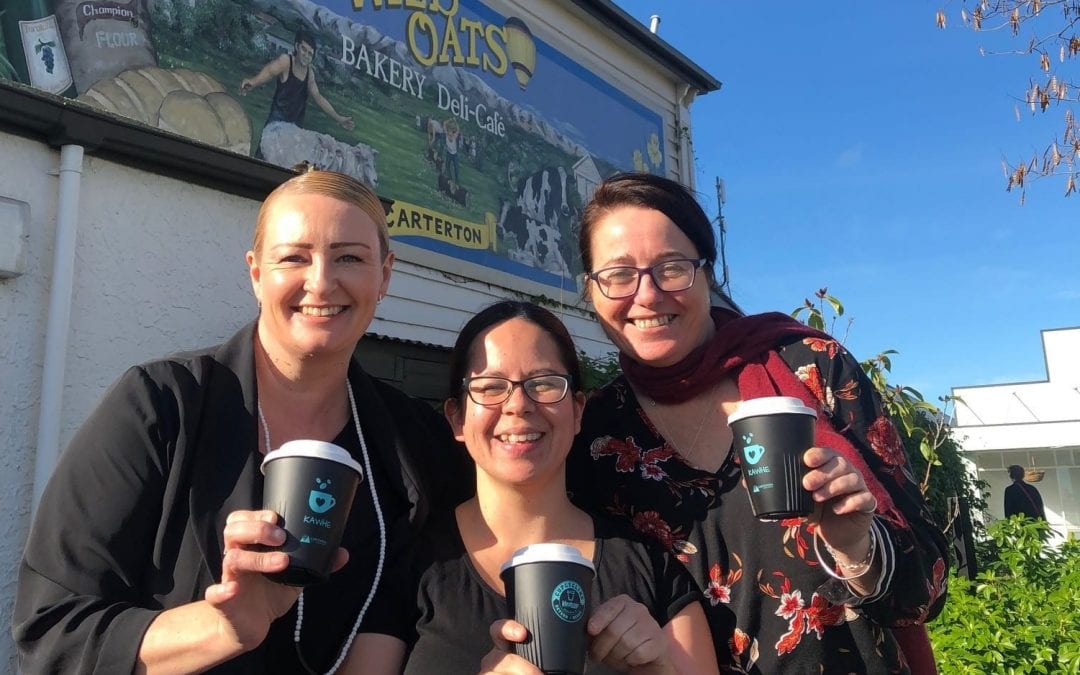 Carterton District Council and IdealCup have teamed up to launch CupCycling™ in Carterton to support local cafes in their bid to reduce the amount of waste being sent to landfills.

Page 42 Café and Gelato, Wild Oats Bakery Deli-Cafe and Café Ole have all signed up to join the IdealCup CupCycling™ movement which was rolled out in Carterton today thanks to funding from Carterton District Council.

Every minute, more than one million disposable cups end up in landfills around the world. Disposable cups can’t be recycled because they are contaminated by coffee and often contain plastic by-products. The CupCycling™ movement will help the Carterton community send fewer disposable cups to landfill.

The scheme allows people to borrow a CupCycling™ cup when they purchase their coffee and then return the cup to any participating CupCycling™ café in NZ, the next time they buy a coffee. There’s no need to clean the cup before you return it, as the café will do this for you. All you need to do is pay a one-off bond of $5 to join the scheme (and pay for your coffee). When you bring the cup back, you then just pay for the coffee. The cafe will also provide a free compostable lid each time, or you can use your own IdealCup reusable lid if you already have one.

The council’s zero waste coordinator, Jo Dean, said it was exciting Carterton was the first place in Wairarapa able to take part in a movement which has been successful in many other towns around New Zealand.

“This is an easy and convenient way for cafes, their customers and the council to work together to help our environment,” Jo said.

“We approached cafes around Carterton to see if they wanted to partner up as part of their waste minimisation schemes and we were really pleased these three cafes were eager to join the movement.”

The council has funded 50 cups for each of the three participating cafes to help with the initial set up, and the cafes can then purchase more later as the demand increases.

IdealCup founder Stephanie Fry originally came up with the idea for CupCycling™ at her own café in Motueka and has now launched the initiative nationwide in 14 regions. Carterton District council decided to get onboard with CupCycling™ after Stephanie delivered a presentation at a waste forum Carterton was hosting in 2018.

“This system is not about the café or coffee supplier’s brand, it’s about everyone working together to divert one-use cups from landfill,” Stephanie said.

“I’m super excited Carterton has decided to join our movement and it was great to be there to celebrate the launch with them.”

The cups were officially launched today to help kick-off the council’s participation in Plastic-Free July. The cup design is unique to Carterton, embracing the council’s teal coloured logo as well as the Te Reo Māori word for coffee, kawhe. 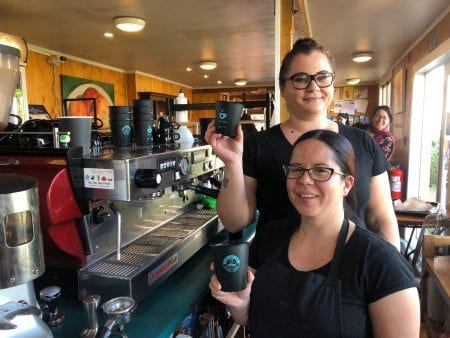 Crystal and the team launching CupCycling at Wild Oats Cafe. 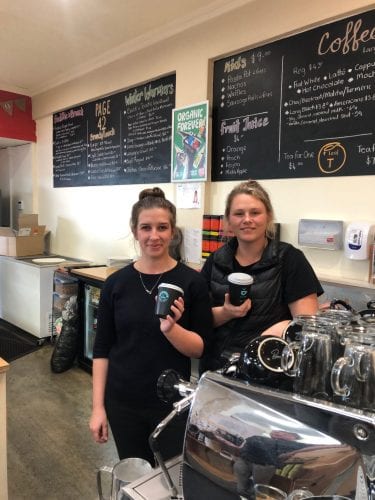