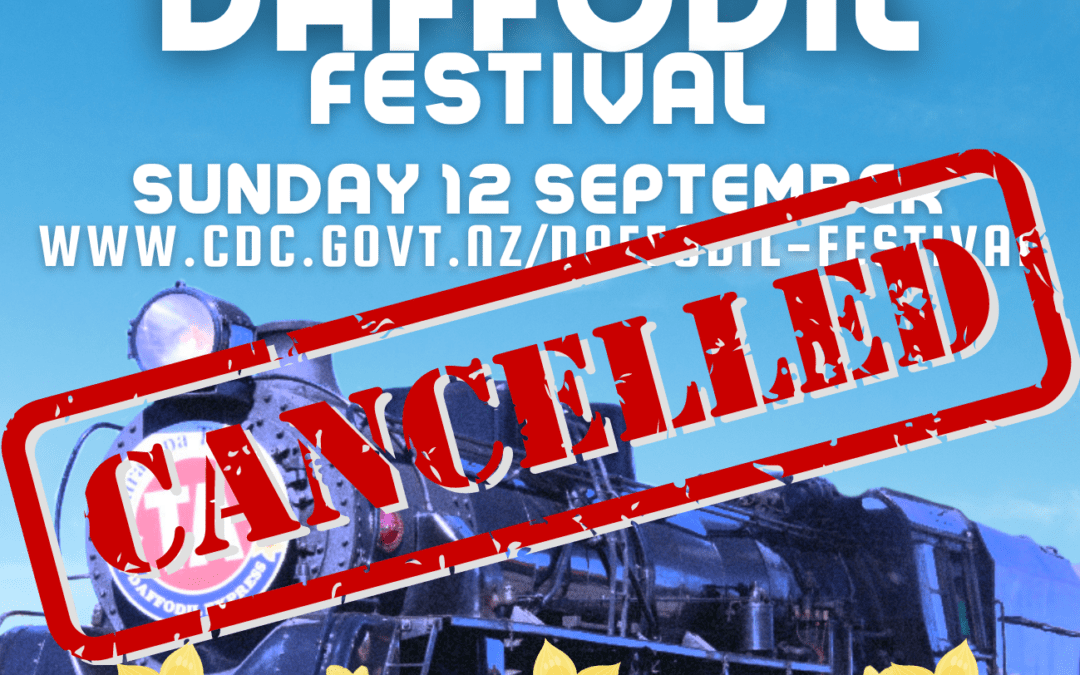 Carterton District Council today made the difficult decision to cancel the 2021 Carterton Daffodil Festival following an announcement from the Government that Wairarapa will remain in Alert Level 4 lockdown until Tuesday 11.59pm and then into Alert Level 3 until Tuesday 6 September.

The Festival was scheduled for Sunday September 12, but with the safety and security of volunteers and visitors paramount, it has been cancelled for a second successive year.

The popular springtime event attracts thousands of people to Wairarapa and has become synonymous with our district. It has marked the return of spring in Wairarapa for many years. Each September, the Carterton community puts it heart and soul into welcoming visitors from across the country. Due to the amount of visitors who normally attend, Wairarapa would need to be in Alert Level 1 for the festival to proceed under Government guidelines.

“We understand that this is a hugely disappointing announcement not just to our Festival goers, but to our community groups, businesses and organisers.”

Moving down levels would have kept restrictions on the numbers of people able to attend gatherings, said Mr Hamilton.

At this stage, postponing the Festival would not have been possible due to the uncertainty over alert levels. There is also a small window of time when daffodils are available for picking.

Mr Hamilton asked the community to support the groups who back the Festival.

“They are missing out on one of their largest fundraisers of the year, for the second time,” Mr Hamilton said.

In 2020, some daffodils were available for sale at the Carterton Events Centre and local businesses for fundraising under Level 2 restrictions. Carterton District Council, the groups and the organising committees will investigate this again if alert levels allow.

At this stage there has been no decision regarding the Big WaiArt Sale, which is scheduled for the weekend of September 10-12. The show took place under strict Level 2 restrictions last year. The Carterton Events Centre team will work closely with the WaiArt committee on options to continue.