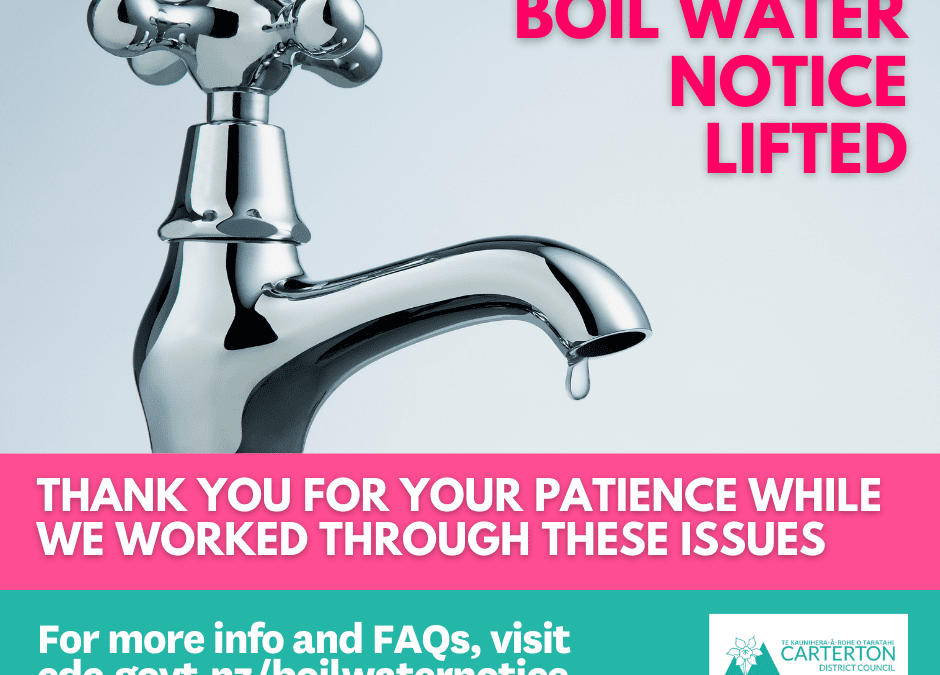 The Council announced last week that it was confident it had identified the source of the readings of low-level E. coli in its reticulation system. The Council increased its flushing regime by 50 per cent after implementing a revised flushing plan which involves separating the town supply into sections, calculating the amount of time each length of pipe needed to be flushed and measuring the chlorine levels in each section. It also identified a potential fault in one of the valves in the reticulation system. After replacing the valve, implementing the revised flushing plan and increasing chlorination levels, there have been no further detections of contamination in the urban water supply.

As of today, the Council has received the further 3 clear sample results it was waiting for and has consulted with Regional Public Health. The Council can therefore lift the boil water advisory notice.

The Council would like to thank residents for their patience and understanding and would like to assure them that a full, detailed report into the investigation of the source of low-level E. coli and the remedial action taken will be made publicly available.

At this stage, the Council has not received any official reports of illness in relation to this event.

What should I do once a water advisory/notice is lifted?

Run all your cold taps for 5 minutes before using the water.